After the second day of disputes of the Rio de Janeiro 2022 Boccia World Cup, Andreza Vitória De Oliveira (BC1), André Luiz Filho (BC1), Maciel dos Santos (BC2), Evelyn De Oliveira (BC3), Evani Calado (BC3), Mateus Carvalho (BC3) and Marcelo Dos Santos (BC4) qualified for the knockout stage, which starts this Friday (29). André Luiz has two wins, but still has a group stage match to define in which position he advances to the next stage.

“It’s always a pleasure to return here at Arena Carioca, where we won Rio 2016, even more so in a championship of this magnitude that is the World Cup. Our expectation is being exceeded in every detail of the organization. Coming back here is like deja vu, it’s reliving everything that happened in 2016. It’s very incredible”, comments Paralympic champion Evani Calado.

The competition runs until next Monday (2/5), at Arena Carioca 1, at Parque Olímpico, in Rio de Janeiro. The finals of the individual disputes will be on Saturday (30) and on Sunday (1/5) and on Monday there are pairs and teams games. The entire competition is broadcast live on Ande’s YouTube channel: www.youtube.com/c/ANDEnarede.

In all, about 90 athletes from 18 countries participate in this World Cup.

BC1:
In the women’s dispute of BC1, Croatian Dora Basic and Andreza Vitória lead their groups. And in the men’s, the Brazilian André Luiz Filho and David Smith from Great Britain.

BC2:
Among the girls, the Slovakian Kristina Kudlacova and the Dutch Chantal Van Engelen are in first place in their groups in the BC2 class. Maciel Santos (Brazil), Luis Cristaldo and Jonathan Aquino (Argentina) and Robert Mezik (Slovakia) lead their groups.

BC3:
The BC3 class, which brings together the largest number of athletes, has four groups for both women and men. Evani Calado, Micaela Salvador (Argentina), Joelle Guerette (Canada) and Jamieson Leeson (Australia) are ahead in their groups. Among the men: Jamie Mccowan (Great Britain), Daniel Michel (Australia), José Gonçalves (Portugal) and Wafid Boucherit (Spanish). 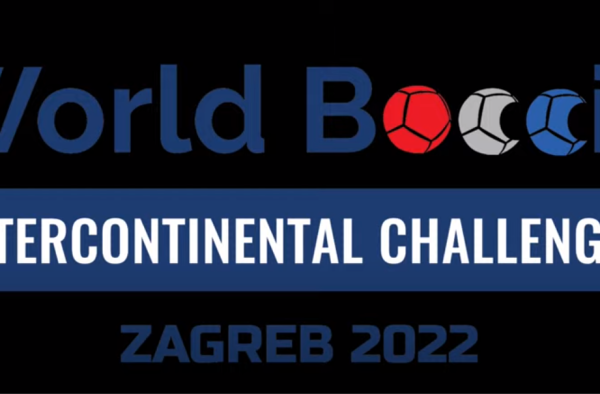 The first World Boccia competition of 2022 is underway! The finals of the individual competitions can be seen tomorrow…
General News 1 August 2018