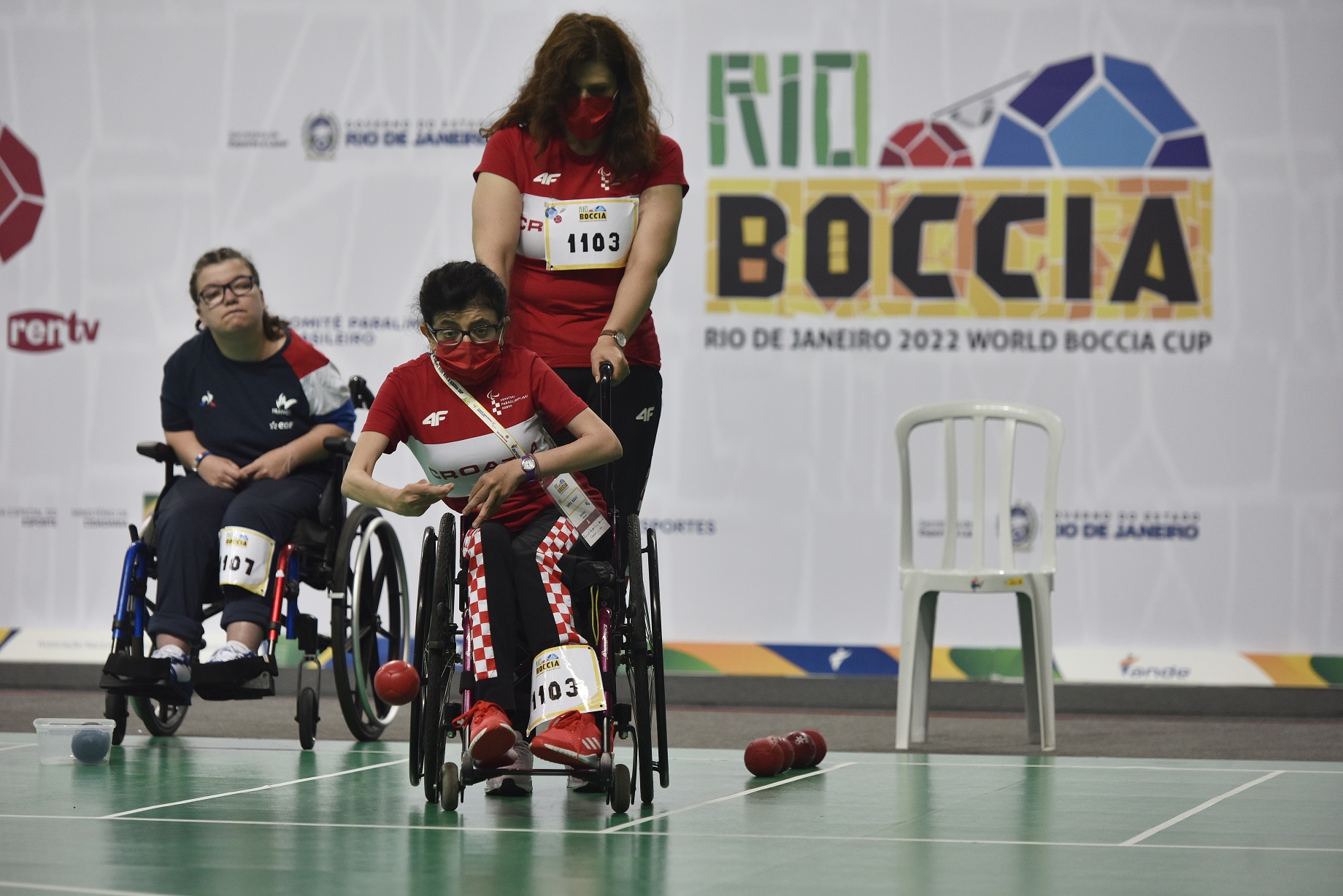 The Rio de Janeiro 2022 World Boccia Cup has come to an end, bringing together 90 athletes from 18 countries for six days at the Olympic Park Arena Carioca 1.

Matheus Carvalho and Evelyn de Oliveira secured Brazil’s best position in the Pairs and Teams dispute at the Rio de Janeiro 2022 World Boccia Cup with the silver medal in Pairs BC3. The BC1/BC2 Team formed by Maciel dos Santos, Iuri Tauan da Silva and Andreza Vitória took the bronze. In Pairs BC4, Germany took the Gold in the tie break.

Here are all the results of the Pairs and Teams competitions:

Matheus Carvalho, silver medallist in Pairs BC3 alongside Evelyn de Oliveira for Brazil noted “The level of competition was very high and we knew that because there were 18 countries participating. And this is very good for us to see how our preparation for the World Championship is going, which is our main focus this year. We have seen what we need to work on, where we need to improve and, of course, the points where we are doing well”.

“The Rio de Janeiro 2022 World Boccia Cup was, for me, a challenge and an opportunity: an opportunity for BISFed as we managed to secure a competition that had disappeared from the calendar due to COVID-19, entrusting this mission to Brazil; and a challenge for the Organizing Committee (ANDE), which left its comfort zone and organized an international event of the highest quality in record time”, says Marta Mascarenhas, Secretary General of BISFed and Technical Delegate of the Rio de Janeiro 2022 World Boccia Cup

Another highlight for the Portuguese Marta Mascarenhas was the opportunity for the Organizing Committee to have tested a set of essential solutions to be put into practice in December, when the same organizing committee will be in charge of the world championship. “I am deeply proud to have had the privilege of collaborating with this team”, confides Marta Mascarenhas.

After taking over the event in less than two months, the President of ANDE (National Association of Sports for the Disabled), Artur Cruz, evaluates the result of the tournament: “It is with immense satisfaction and with the feeling of accomplishment that we delivered the Rio de Janeiro 2022 World Boccia Cup. The success showed our ability to organize international events, giving the 18 participating countries peace of mind to return in December for the World Championship”.

All games on court 8 were broadcast live on ANDE’s YouTube channel, totalling more than 30,000 views and 50 hours of transmission. The other two World Cups of 2022 will be held in Portugal in July and in Bahrain in November. World Boccia´s next competition is the Johannesburg 2022 World Boccia Africa Regional Championships to be held from May 16 to 23, 2022.

The BISFed Competition Committee can now announce the provisional schedule for the 2018 season. Final details are subject to…
General Uncategorized 4 January 2016

Entry information for the BISFed 2016 World Open in Povoa has been distributed. The event takes place from the…