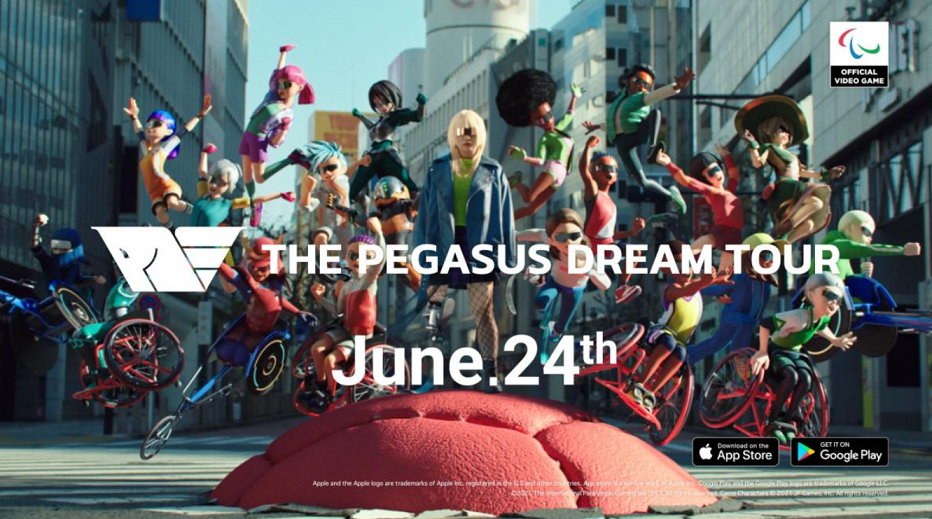 The first official Paralympics video game ‘The Pegasus Dream Tour’ pre-registration system has been launched, with those interested being able to apply already through Pegasus official website, as well as on Google Play and Apple App Store.

‘The Pegasus Dream Tour’ will be available worldwide on smartphone devices on 24 June 2021 in the build-up to the Tokyo 2020 Paralympic Games, as part of the International Paralympic Committee (IPC)’s efforts to further promote Para sports across new young audiences.

‘The Pegasus Dream Tour’ is an avatar role-playing game which places players into a virtual Paralympic Games held in a fantasy, futuristic, inclusive and diverse metropolis known as Pegasus City. The game generates an advanced avatar named ‘Mine’, which pursues its dreams of becoming a Para athlete and is created based on the player’s own face through a photo taken with their smartphones. Mine can forge new relationships with other avatars by freely roaming the city and participating in different competitions.

Players can participate in boccia, football 5-a-side, athletics and wheelchair basketball online tournaments and interact with other players as they take part in this immersive Paralympic experience not only as spectators, but as actual participants and will be available in five languages: Japanese, English, French, German and Spanish.

The largest Boccia World Open to date begins in Poznan today. The draw has been released and games are…