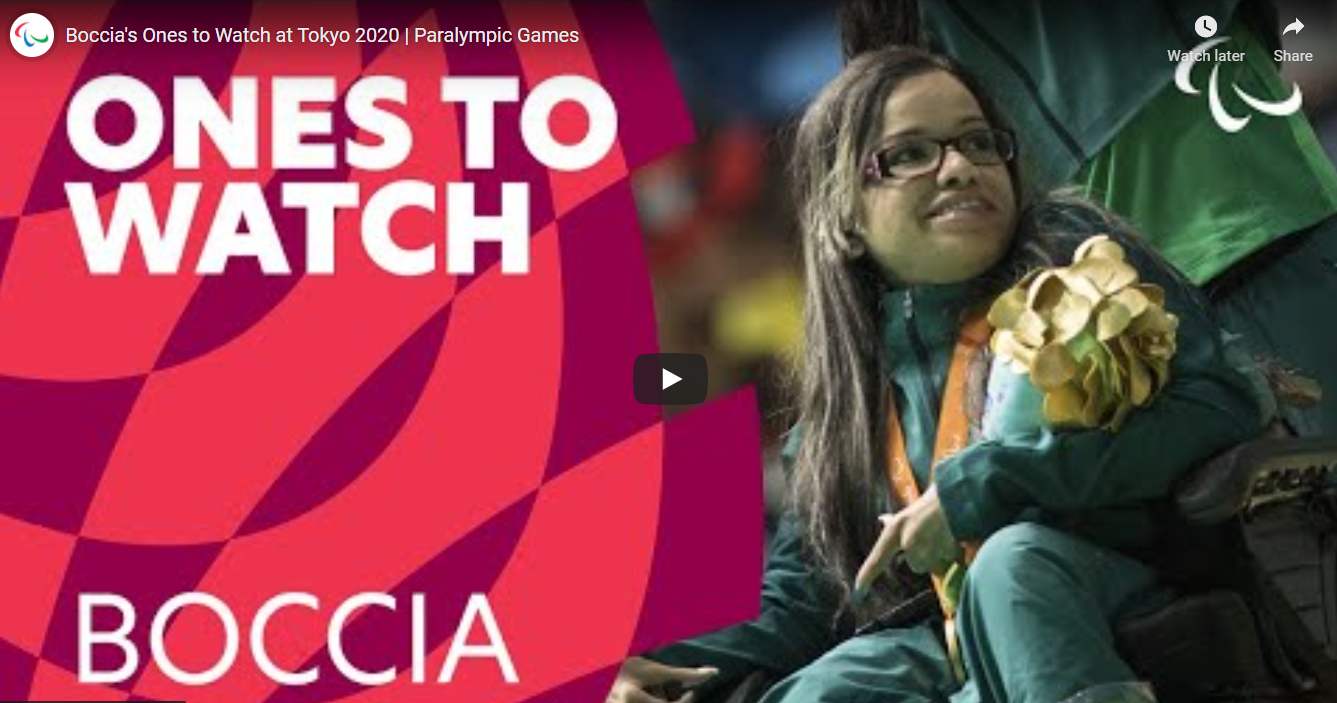 With 82 days to go to the Paralympics opening ceremony, we are pleased to share with you some of Boccia Ones to watch in Tokyo.

Ranked No. 1 in the BC1 category

Coming from a stream of Gold medals at the Rio 2016 Games, the Liverpool 2018 World Champions and the European crown a year later, he has solidified his grip as the top athlete in his division entering Tokyo 2020.

Ranked No. 10 in the BC3 individual category

She enjoyed a successful Paralympic debut on home soil in 2016 as part of the gold medal winning pairs BC3 squad. Oliveira remains one of the top athletes from the Americas region, having taken individual silver in the 2019 Regional Championships and gold at the Lima 2019 Parapan American Games.

Ranked No. 1 in the BC2 category

Wining the gold at Rio 2016 in the team BC1-2 event, he improved his individual game to capture the individual world title in 2018 and added a gold from the Asian Para Games later that year to sit at No. 1 in the world.

Ranked No. 1 in the BC4 category

Levine came close to fighting for a Paralympic medal in 2016 but lost in the quarterfinals. She has since made multiple podium finishes at various events. Her first major medal still eludes her, and there is no doubt she is going to fight for one in Tokyo.

Ranked No. 1 in the BC3 category

He secured his first major individual gold at the 2018 Liverpool World Championships, where he beat South Korea’s Howon Jeong, the very opponent to whom he lost the gold medal match at the 2016 Rio Paralympics. After a European title in 2019, the veteran athlete has experience on his side as he targets Paralympic glory.

Ranked No. 1 in the pairs BC4 category

She and Paralympic individual champion Samuel Andrejcik have been victorious at the 2016 Paralympics, 2018 Worlds and 2019 Europeans. Her role as a team player is evident in Slovakia’s No. 1 position in the pairs BC4 category, and it will be even more vital as they go for back-to-back titles in Tokyo.

Ranked No. 2 in the BC2 category

At the 2018 World championships, the Japanese star lost out to Thailand’s Worawut Saengampa in the semi-finals but left with a medal after defeating Slovakia’s Robert Mezik for the bronze. The Japanese team captain led his side to a silver medal at the Rio 2016 Paralympic Games, and the Games hosts will be hoping for a boccia medal on home soil.

Ranked No. 2 in the BC3 category

The Hong Kong athlete finished fifth in the BC3 class at her Paralympic debut in Rio and has since been a consistent podium finisher at international competitions. The world No. 2 had a solid 2019 season that included an Asia-Oceania individual title and will surely be preparing for a good performance in Tokyo.