FBT has been announced as Official Partner of the BISFed 2018 World Boccia Championships, which take place in Liverpool from 12-18 August. The partnership will see FBT supply official clothing for the event’s officials, volunteers and local organising committee.

“Boccia is an inspirational sport which has become enormously popular over recent years thanks to the performances of its athletes on the world stage, and it’s fantastic to be able to play a part in an event that will engage with so many other young people with disabilities.”

The competition is the biggest event on the sport’s calendar outside of the Paralympic Games. 192 athletes will battle it out for world titles, as well as crucially important ranking points ahead of the Tokyo Paralympic Games in 2020:

“As we draw nearer to the World Championships, our preparations are stepping up a gear and we’re thrilled to announce our partnership with FBT,” says Chair of Boccia UK John Dowson. “Boccia is the world’s fastest growing Paralympic sport and we are set to deliver the best World Championships the sport has ever seen. We look forward to a successful relationship with FBT.”

Tickets are on sale now and are available to buy online at: www.echoarena.com/worldboccia. 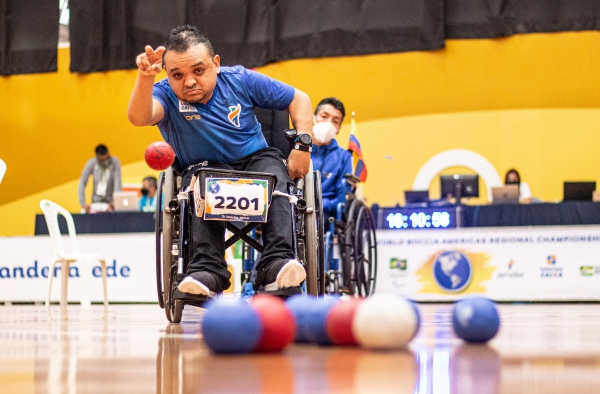 The results from day 2 of the championships can be downloaded HERE.