BISFed is pleased to announce the results of the BISFed 2018 Buenos Aires Boccia Regional Open, including the incredible individual BC4 final.

In the BC4 final, Athlete Steve Wilson from Bermuda went head to head with Argentina´s Khalil Profiti. Before even starting, this was already a historic and incredible meeting. One because of the age difference between both contestants. A mere 52 year gap! Khalil Profiti at 18 years of age and Steve Wilson at 70!

And the second was that independent of the result, according to BISFed sources involved in Boccia for many years, Steven Wilson would be the oldest athlete in Boccia history to win a medal. Congratulations!

The match ended in a 4 x 1 win for Steve Wilson who came into the competition ranked first. Khalil Profiti was ranked 6th, making this a great result for him. BISFed congratulates Steven for this great win and also wishes him a fantastic birthday this coming Sunday. Happy 71st Steven!

It is an all-round fantastic result which exemplifies the inclusion and diversity that the sport of Boccia brings together.

In the other categories, Peru had their first ever medal in Pair BC3, behind Colombia and Argentina. The host country lead the medal standing with a total of 7 medals including 2 golds, followed by Mexico with six. Colombia, who were represented by BC3 athletes only, won 2 gold and a total of 3 medals.

Finally, we would like to recognize the performance of El Salvador, which had 2 athletes reach the Quarter Final in the BC2 category, in their first ever BISFed sanctioned event.

This bodes well for the 2019 Lima Parapan American Games next year.

Congratulations to all participants!

The next BISFed competition will be the BISFed 2018 Chinese Taipei Boccia Regional Open. Match days are between November 28 and December 2.

Our Competition Committee held a very successful workshop during the World Championships in Liverpool. 24 representatives from 21 countries… 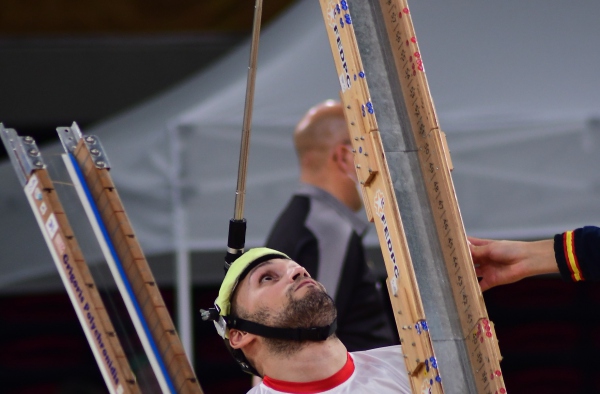