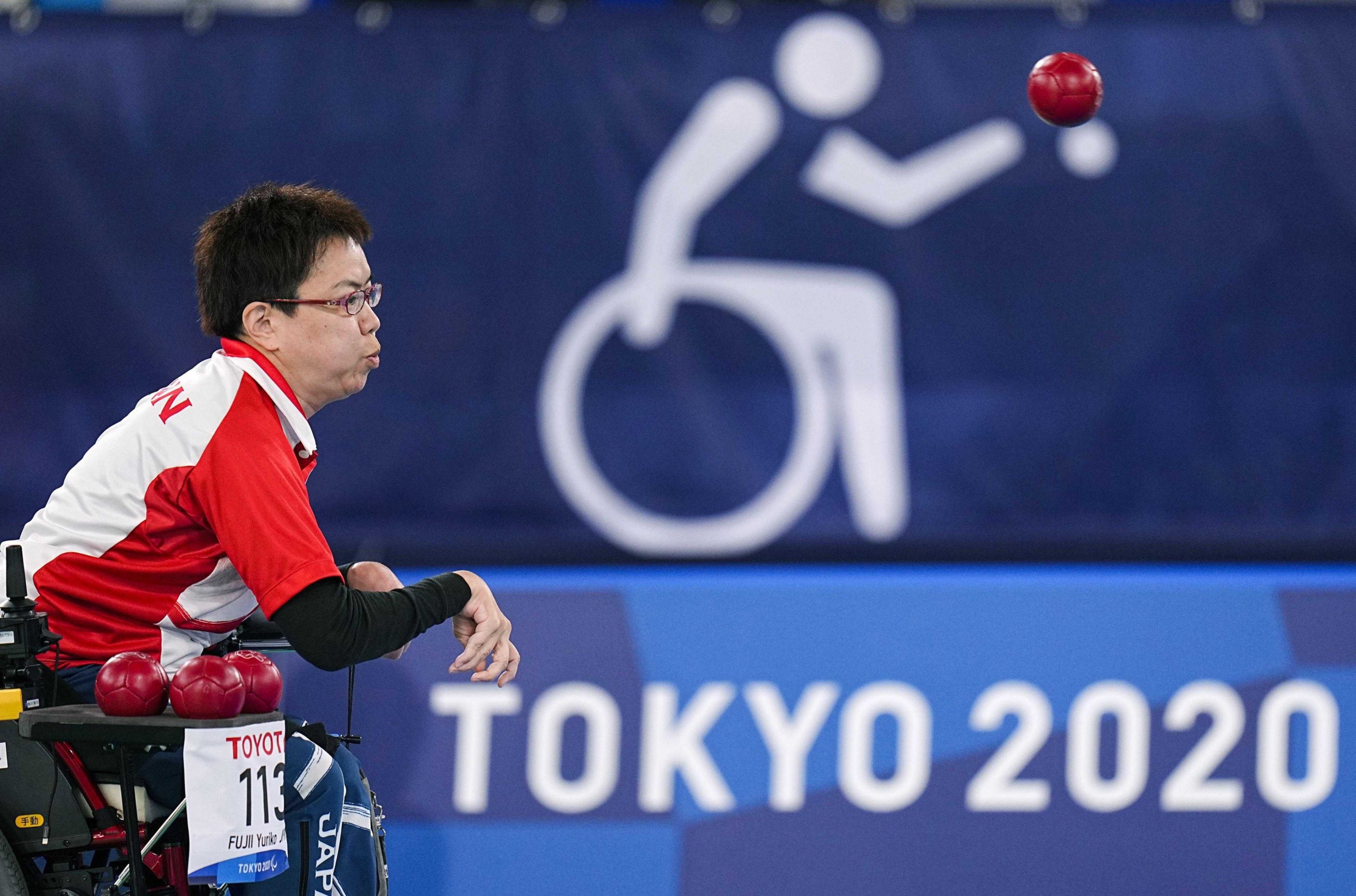 A Fantastic day of Boccia was had at the Ariake Gymnastice Centre with the Quarter and Semi Finals of the Individual competitions.

Meditation was the order of the day at the Ariake Gymnastics Centre on Tuesday as two defending Paralympic boccia champions booked their places in tomorrow’s gold medal matches.

Watcharaphon VONGSA (THA) beat compatriot Worawut SAENGAMPA (THA) 4-3 in a tight semifinal in the BC2 class, and revealed he uses meditation to help calm himself before matches.

“Being with oneself, meditation, concentration, being with the mind, thinking (are the keys to success in boccia),” Rio 2016 gold medallist VONGSA said. “It helps a lot,”

“I meditate each day, sometimes at the training facility or arena.

“It’s exciting to be back in the final, but there is also pressure. I have to protect my championship.”

David SMITH (GBR) had to rally twice to make it to the BC1 final with a dramatic 7-4 victory in his semifinal with Jose OLIVIERA (BRA).

“A lot of it is about feeling, it is all about how I feel on the court,” SMITH said. “I tell myself when I am playing to trust and believe.

“Do my shot routine, breathing at the right times. Meditative breathing, that sort of stuff. Trust in the shot and play it.”

SMITH will play Chew WEI LUN (MAS) as he goes for back-to-back BC1 golds on Wednesday, while VONGSA will take on SUGIMURA Hidetaka (JPN) for the BC2 title.

In the BC4 category Samuel ANDREJCIK (SVK) beat Yuansen ZHENG (CHN) by 5×2 in the Semifinal and will meet Pornchok LARPYEN (THA) in the final following his defeat of Yuk Wing LEUNG (HKG) by 6×3.

Watch the highlights of Day 4 here.

All Final matches will be shown Live (subject to geo-block restrictions) on the 1st September on the World Boccia Facebook page from 09:30 JST.

3 more entry slots have been filled after 2 intense days of competition in Surrey, Great Britain. The nations…

The 2019 Povoa Boccia World Open competition starts today, with many of the Worlds top Boccia athletes in attendance.…