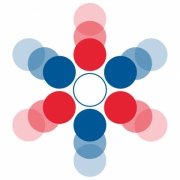 Further to our communication to you on 25th March 2021 regarding the introduction of a Ball Licensing process for boccia balls which are used in BISFed-sanctioned competitions, we are aware that a group of athletes has raised a petition on Facebook which seeks to reverse the decision taken by the BISFed Board. We are also aware that other athletes are strongly in favour of this decision. Your Board met last week to discuss the situation in detail and has confirmed that the Ball Licencing process will proceed as the next step in making sanctioned international boccia fairer.

This update seeks to clarify further the rationale for the Ball Licencing initiative and provides additional information on how the process will work.

Since BISFed took on governance of boccia in 2013, we have worked hard to create an environment which allows fair play in international competition. We have often been approached by athletes and coaches who complain about the regulation of boccia balls and the widespread practices of ball manipulation and tampering. Many also complain that it is unfair that some athletes have access to boccia balls which are not available on the open market to anyone else. We are aware of other irregularities such as the ordering of boccia balls to be manufactured with a circumference greater than the Boccia Rules allow. We have already taken several steps to create fairer competition (for example by outlawing the addition of sticky substances to balls and introducing the Roll Test to eliminate super soft balls.) However, players’ imagination to bypass the Rules seems to have no limits. We now see athletes competing with solid wood or plastic balls and some balls have magnets inside to make them almost impossible to dislodge. The current Boccia Rules make it very difficult to eliminate these practices.

Your Board has taken the position that as the International Governing Body for boccia, we cannot condone or allow a situation to continue whereby it is so easy to gain an unfair advantage. In many ways tampering with balls is as unethical as doping. We first announced publicly our intention to introduce licensed balls for sanctioned competition in August 2016. In October 2020, after more than 4 years of discussion and evaluation, we approved the recommendations of the project team which included senior representatives of athletes, coaches and referees. It is now time to implement this change and to create an even fairer environment for international competition.

The project’s approach was to:

• Ensure that boccia balls for international competition are available in an open market to all athletes on equal terms and at reasonable prices (we expect that the price range of Licenced balls will be equivalent to current prices.)

• Ensure that a broad group of suppliers will be licensed to supply high quality balls (13 applications were received and 8 manufacturers have been offered a licence.)

• Understand and evaluate the key technical and commercial characteristics of each manufacturer’s product. (Each applicant was required to submit reference balls which have been rigorously tested by an independent expert for adherence to the Boccia Rules; consistency of roll; and quality of manufacture. In addition, matters such as price range and co-operation with BISFed to resolve any future cases of alleged ball tampering have been assessed.)

• Enter into a formal legal agreement with each manufacturer whose product passed the tests.

• Advise the BISFed Rules Committee on possible changes to the Rules which will provide strong sanctions for Rule violations.

Manufactures who are granted a Licence will be required to pay BISFed a Licence Fee (as is common in many sports.) It is important to note that this is not primarily an exercise to raise funds for your Governing Body (as has been suggested by some); if that were the case, presumably the Licence Fee would have been set at a significantly higher level and we could have issued more licences.

BISFed’s priority has been, above all, to promote an environment of fairness in which the athlete’s skill, rather than the ability to manipulate sporting equipment, is the defining factor in achieving success. It is important to note that Ball Licencing applies only to international sanctioned competitions. It has no impact on grassroot, school, local or national level boccia.

As the sport’s Governing Body, BISFed views ball tampering/manipulation as tantamount to cheating and we will employ our best efforts to eliminate the practice and introduce new sanctions to deter the temptation to cheat.

We recognise that communication throughout this project could have been more effective and that there will now be a period of transition required as we all become familiar with these rule changes. Change is often disruptive and difficult for some (as we know from other initiatives which we have already introduced in boccia.) However, we also know that if international boccia is to thrive then we must continuously improve. As and when new and better ideas emerge, we will consider them seriously.

We believe that Ball Licensing is a critical step towards making boccia a fair game which is truly based on the athletes’ skill.

Boccia on the programme for the 2017 Youth Parapan American Games