Its the final day of competition in Cali, and so far we have seen some incredible results the team and pairs events. The schedule for todays finals can be downloaded HERE with live streaming available at http://www.inspirewebtv.co/ Results will be uploaded as soon as the event concludes, alternatively, follow us on Facebook to keep up to date with the action as it happens…

The BC1/BC2 team event saw Slovakia take the gold medal by beating Hong Kong 5-3 in the final. The pre-event favourites only lost one game throughout the competition against the Netherlands who lost one of the closest games of the weekend against China to miss out on the bronze medal.

It was the European countries that dominated the BC3 event with hosts Colombia and Venezuela failing to make it out of their pool. The Thai pair also failed to win a pool game and suffered a shock 7-0 defeat against Argentina to finish bottom of pool D. The GB team also faced similar disappointment by losing 2 of their pool games and securing bottom spot in pool C.

Singapore were the only non-European pair to make it into the semi final round but they lost 7-1 to eventual gold medalists France. Portugal claimed the silver and Russia completed the podium and too claim bronze.

Hong Kong and Thailand were the teams to beat in the BC4 Pair competition. The two teams were unbeaten going in to the final but one of them had to give. It was the world number 1 pairing that gave the spectators a boccia masterclass beating the Thai pair 7-1. Slovakia went on to beat Portugal 8-2 in the 3rd and 4th play off game to secure bronze. 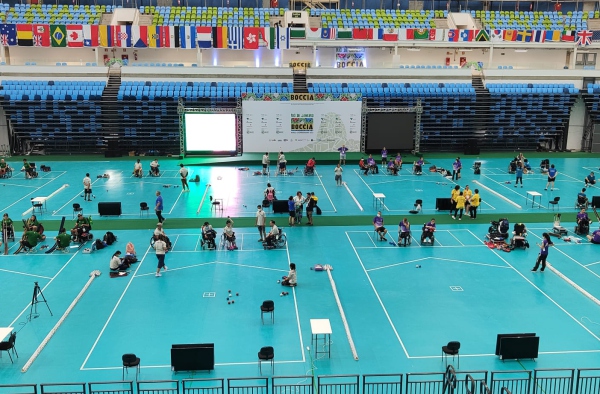 The standard of boccia on show this morning has seen the game taken to another level. There were shocks,…