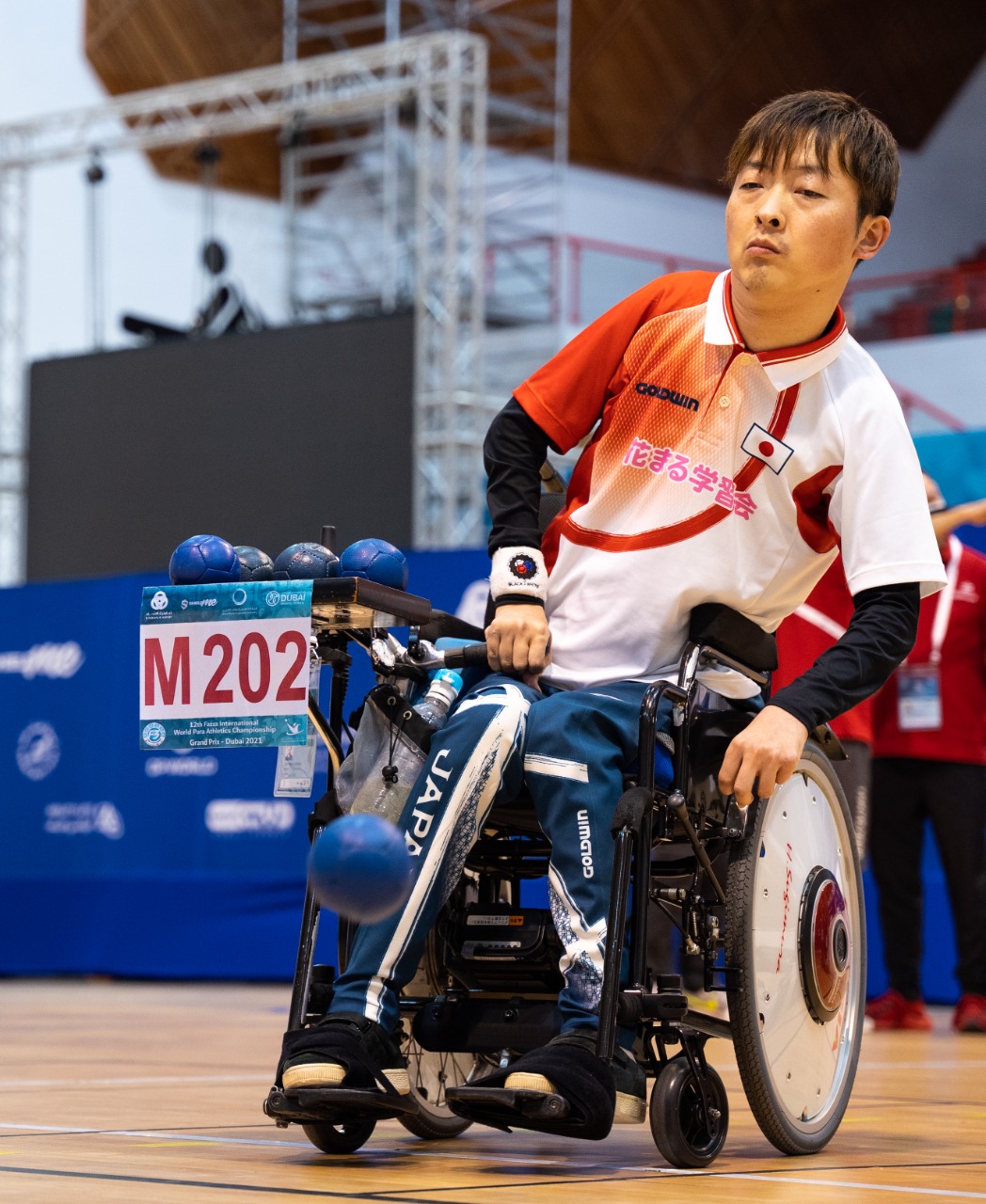 Two months after the Tokyo 2020 Paralympic Games, the stage is set for a repeat of individual finals at the ongoing 7th Fazza Dubai 2021 World Boccia Asia-Oceania Championships.

The finalists of BC2 mixed individual at the Tokyo 2020 Games – Japan’s Hidetaka Sugimura and Watcharaphon Vongsa of Thailand will be up against each other yet again, looking to settle the scores in the BC2 male individual final at the Shabab Al Ahli Club on Wednesday.

It was in fact Japan vs. Thailand in both the male BC2 semi-finals, with Vongsa first defeating Takayuki Hirose 3-1, before Sugimura pulled off a narrow 5-4 win over another strong Thai player Worawut Saengampa, also part of Thailand’s Paralympic gold medal winning team.

In the finals, Sugimura, the reigning Paralympic gold medallist, will be hoping to continue the winning momentum while Vongsa, who also has a Team gold apart from the individual silver from Tokyo 2020, will be hoping to avenge his defeat in Dubai. With the World Championships qualification spots on offer at the Dubai 2021 Championships, both the champions have already made the cut.

Asked about his strategy in the finals, Vongsa – the 31-year-old Thai player said he would meditate before his finals. “I have been meditating since I am 20 years old. It helps me stay calm and focus on my game.”

“I have a strong ball throwing technique and I will also be relying on this tomorrow,” added the four-time Paralympic champion.

Vongsa believes Sugimura has a very strong mind and that gives the Japanese the edge in the matches. “But I believe Vongsa can win the gold this time. He understands the game very well and his ball placements show his sharp mind,” Thailand coach Sumrit Kotsila pointed out.

In other events, South Korea’s Sungjoon Jung and John Loung of Hong Kong will meet in male BC1 finals after registering comfortable wins in the semi-finals on the day. In male BC3 final, South Korea will bank their hopes on Howon Jeong to repeat the Tokyo 2020 winning run over Kazuki Takahashi. Both players were part of the BC3 finalist Pairs.
In BC4, it will be Hong Kong’s Yuk Wing Leung vs Pornchok Larpyen of Thailand, the Tokyo 2020 silver and bronze medallists.

Star-studded line-up for women’s finals
In female events, the BC1 individual gold medal will be contested between Singapore’s Yee Ting Jeralyn Tan and Japan’s Yuriko Fujii, the Rio 2016 silver medallist.

In other finals, the spots have been shared Thailand, Korea and Hong Kong with Thailand’s Rio 2016 bronze medallist Nuanchan Phonsila to play Hong Kong’s Yuen Cheung in female BC4 finals.

Hong Kong will bank on their experienced player Hoi Ying Karen Kwok, the Beijing 2008 gold medallist, to finish on top of podium when she faces Korea’s Soyeong Jeong in the BC2 finals.

Meanwhile, Korea’s Tokyo 2020 gold medallist in Pairs event Yejin Choi will be the favourite against Thailand’s Ladamanee Kla-Han in the BC3 gold medal match.

It has been a week of countdowns in the world of Paralympic sport. Today marks 'one year to go'…