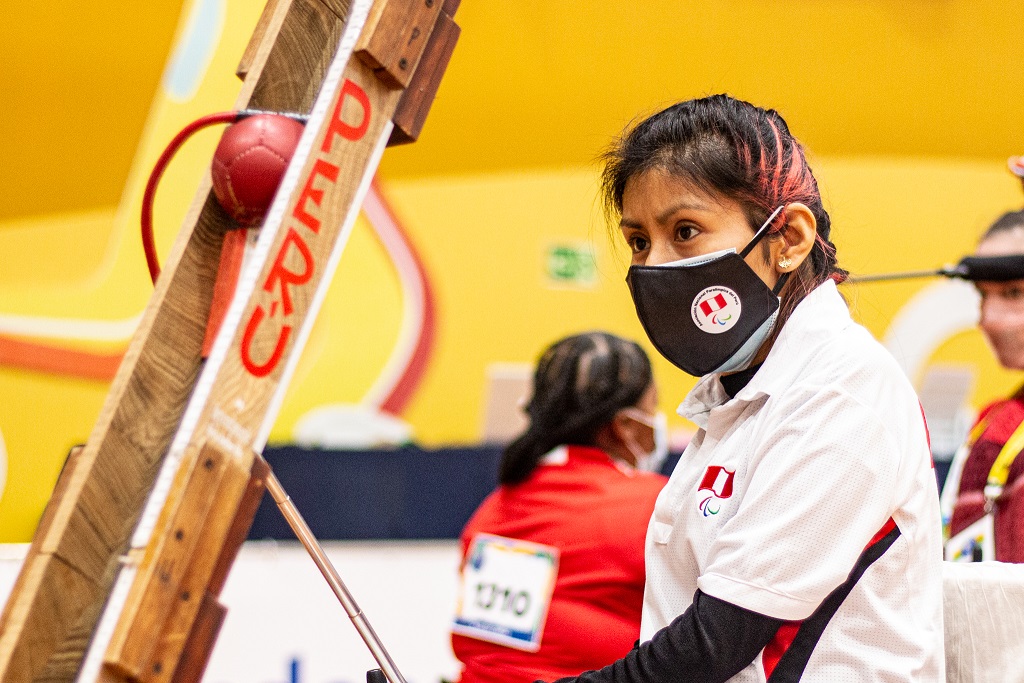 The semi-finals have already started to appear at the São Paulo 2021 World Boccia Americas Regional Championships. With the exception of the men´s BC2, all classes already have semi-finalists classified.

Starting with the women´s BC4 class, nothing new in the classification of the best ranked athletes in the world for the next stage of the competition. Alison Levine from Canada and Leidy Chica Chica from Colombia, advance in group A, while Ercileide Laurinda from Brazil and Karla Manuel Enriquez from Mexico, in group B.

In the men’s class, Brazilian Eliseu dos Santos and Colombian Euclides Grisales, won every match they played, guaranteeing the semifinals for both, even before the playoffs stage is concluded.

As for the women’s class BC3, Stefania Ferrando from Argentina, guaranteed her classification after beating Micaela Salvador, her countrywoman, in the tie-break. Evelyn de Oliveira made it through the first phase with ease and ended winning the last game when her opponent could not compete as her balls did not pass the call room test. In the men’s, the classified were Mateus Carvalho, who won all his matches and Eric Bussiere from Canada. They await results of the remaining matches in their group to know their opponents in the semifinals.

The BC2 women’s class has already completed the first phase of the competition, joining the next with athletes Natali Faria from Brazil, Krystin Collins from Canada, Rebeca Duarte from El Salvador and Joselyn Leon from Ecuador. In the BC2 men’s, the expectation for classification will only be resolved the following day, with the conclusion of the playoff matches.

The semifinal of the BC1 women’s class is also already set. Ailen Flores from Argentina, will face Lois Martins from Canada, while Brazilian Andreza Vitória will face Colombian Sindy Gonzalez. In the men´s, Brazilian José Carlos Chagas de Oliveira, second best ranked in the world, will make the semifinal against Lance Cryderman. Mexican Eduardo Reyes will meet Julian Pineda from Colombia.

At the General Assembly in September 2014, BISFed announced that it would redesign the organisation structure enable to Federation…
General News 11 August 2018