The morning session saw an end to Great Britain and Brazil’s chance to get a medal in the Team competition. Great Britain were beat 11-0 in their contest with favourites Thailand and Brazil narrowly lost out 6-5 Portugal. The Brazilian spectators were treated to a master class of boccia from the two teams with the home team unfortunate to get knocked out of the competition. The next round sees Thailand face Argentina and Japan face Portugal.

Thailand ran out 7-3 winners against Canada in the BC4 pairs to book their place in the semi finals against Slovakia. A tiebreak win for GB and Brazil ensures the 2 teams meet each other in the other semi-final. Singapore will face Brazil in the other semi final.

The tie to look out for in the afternoon session is between Korea and Greece in the BC3 pair’s competition. Both teams shown excellent form so far and although the Koreans will go in favourites it won’t be a shock if the Greek team book their place in the final. 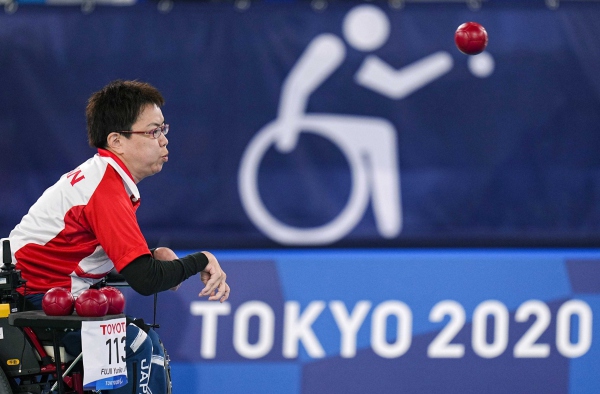